Remember that guy named “Jordan” and his “Bossy” tone fuzz? The Monsterpiece Angry Dick 2000 v2 is my recreation of that fuzz, but with a twist. I have included a mini-toggle switch that toggles between the classic “Tennessee” made sound in the up position, and the venerable “California” made sound in the down position. This is one mean, nasty, and angry fuzz, folks! Yet this pedal also remains very musical and dynamic, as well.

And as if that was not enough…. how about a Two-Headed Monster version combining the TN & CA versions as separate discreet circuits into the same enclosure? Call it what you will – the “Double Dick”, “Twice as Mad”, “Extra Angry”, or whatever. With the Two-Headed version you can run either side independently, or kick both sides on at the same time for complete sonic meltdown ;0)

AD2000 “Double Dick” – Think of this as 2 separate pedals in one 1590BB size enclosure. Each side has it’s own Volume & Fuzz control, as well as it’s own stomp switch.

The Monsterpiece Angry Dick 2000 v2 can be powered by 9 volt battery, or by a 9 to 9.6 volt dc adapter that has a center negative barrel plug.

*** As of 10/14/2018 The battery on/off mini-toggle switch is no longer standard, but can still be requested as an option on new builds. Unplugging from the input jack disconnects the battery *** 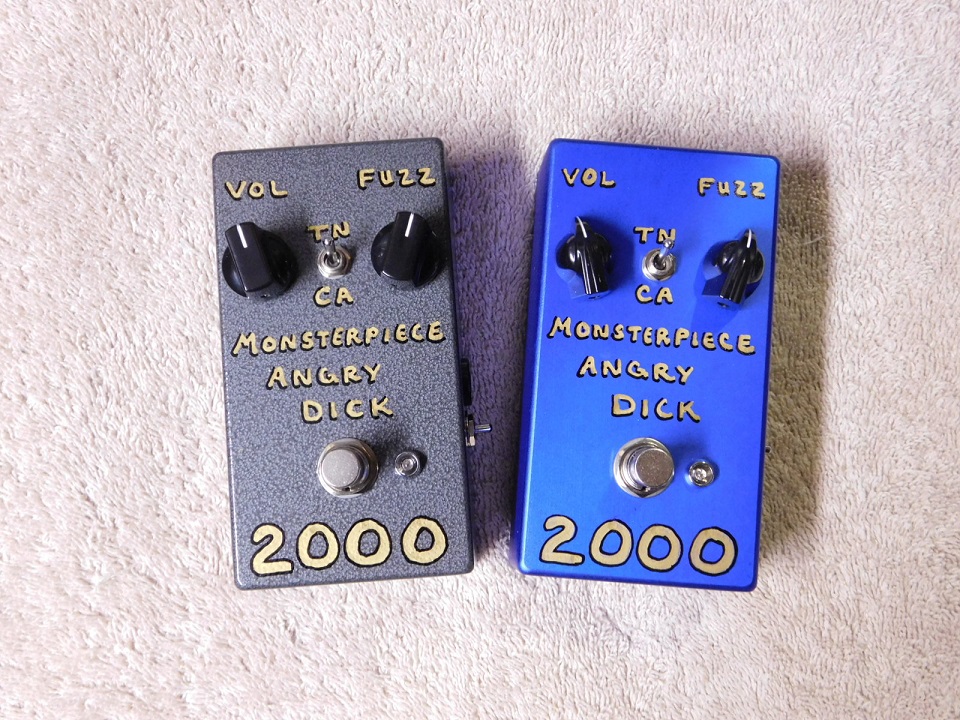 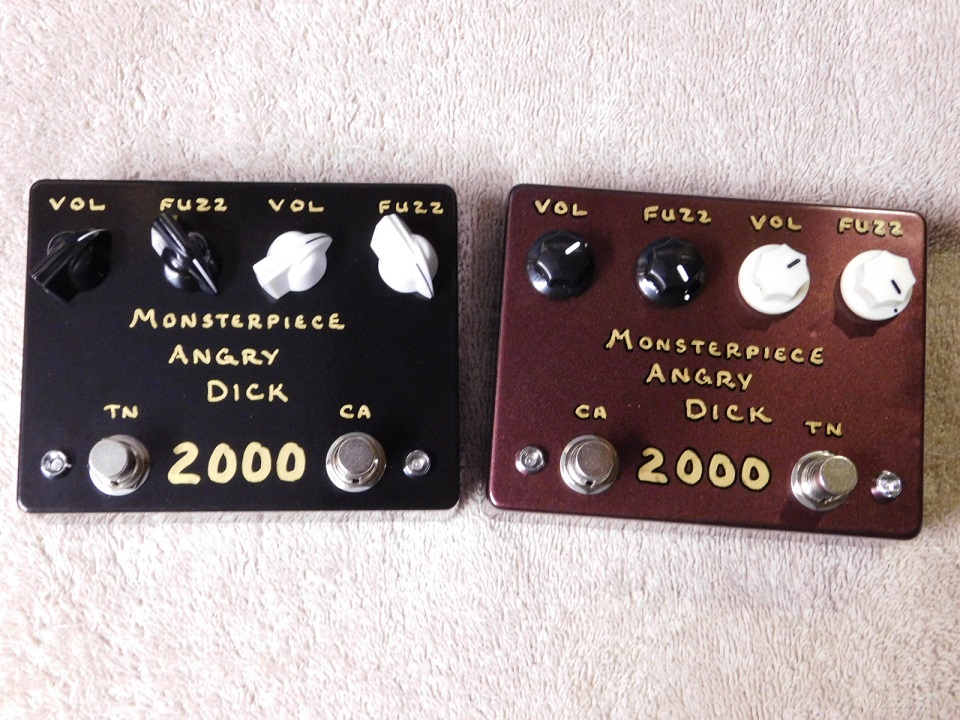