The Monsterpiece PNP Fuzz was the second Monsterpiece to come along. It has undergone several transformations over the years, and I believe that the current version is the definitive version. This is a 2 transistor hybrid fuzz utilizing mixed silicon/Germanium transistor set.

The circuit is based on the classic fuzz face circuit, but is by no means a straight up clone. Like the Monsterpiece NPN, the PNP is an extremely musical, dynamic, and responsive fuzz. A world of fuzz tones lurk within.

Controls:
The controls are all external – Volume, Fuzz, Input Bias, Transistor Bias. There is also a mini-toggle “Voice” control that switches between a fuzz tone that has more or less bottom end. The controls are all very interactive – so experimentation is key.

On the PNP dlx version the “Voice” mini toggle is replaced by a tone control bypass for the switchable tone circuit in place of 2 fixed “voices” like on the standard 4 knob PNP Fuzz.

The Monsterpiece PNP can be powered by 9 volt battery, or by 9 to 9.6 volt dc adapter that has a center negative barrel plug. Because the circuit is positive ground, you cannot daisy chain power with an adapter.

*** As of 10/14/2018 a battery on/off mini-toggle switch is no longer standard, but can still be requested as an option on new builds. Unplugging from the input jack disconnects the battery *** 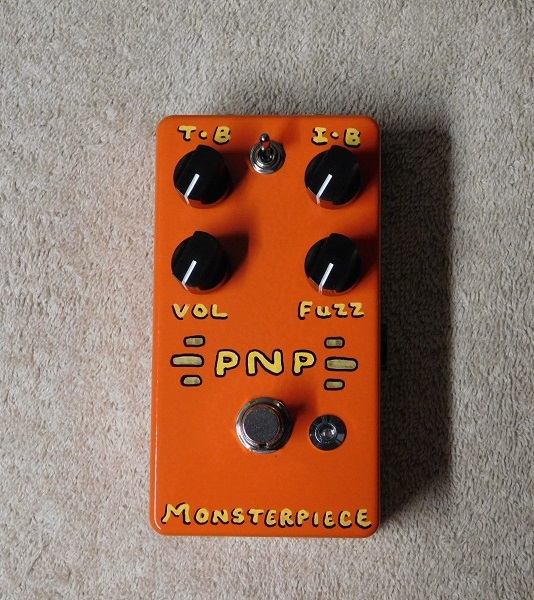 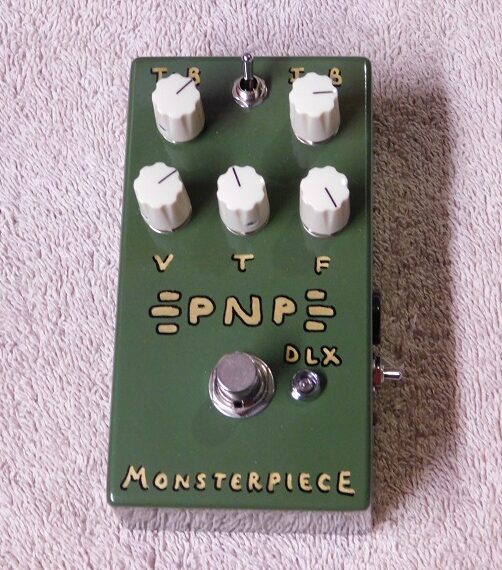