This is a 2 transistor silicon fuzz utilizing either BC108 or BC109 transistors (I have both, and use what sounds best in each individual pedal).  The circuit is based on the classic fuzz face circuit, but is by no means a straight up clone. This is by far one of the most musical, dynamic, and responsive silicon fuzzes you will ever hear.  A world of fuzz tones lurk within.

Volume, Fuzz, Input Bias, Transistor Bias, and Tone. All controls are external. There is also a toggle switch on top that bypasses the tone control.  The controls are all very interactive – so experimentation is key.

The Monsterpiece Scratchy Snatch can be powered by 9 volt battery, or by 9 to 9.6 volt dc adapter that has a center negative barrel plug.

*** As of 10/14/2018 a battery on/off mini-toggle switch is no longer standard, but can still be requested as an option on new builds. Unplugging from the input jack disconnects the battery *** 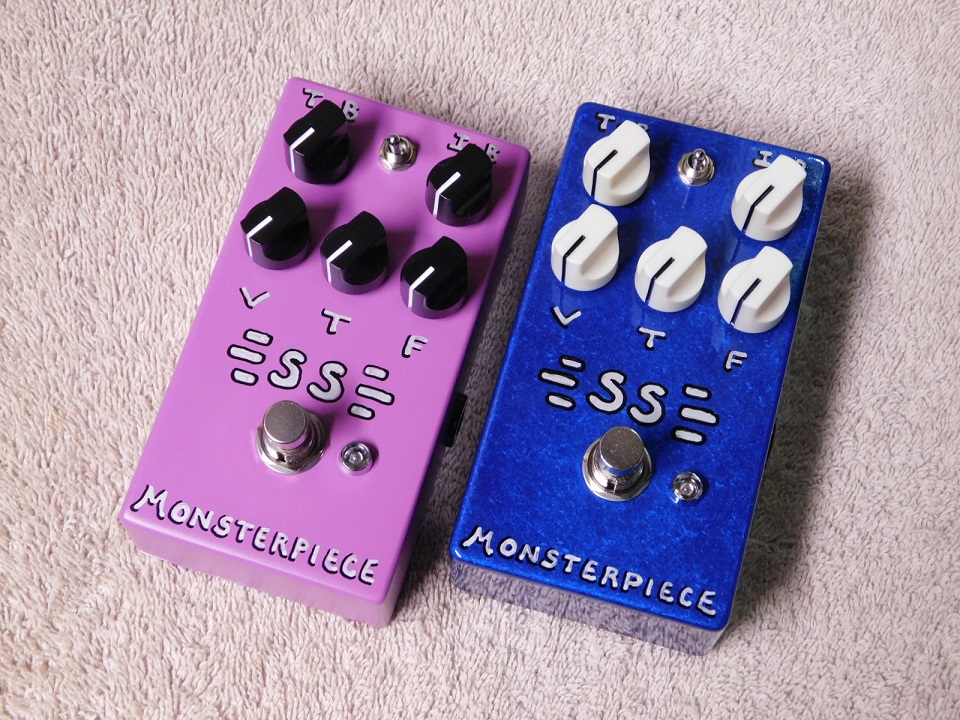 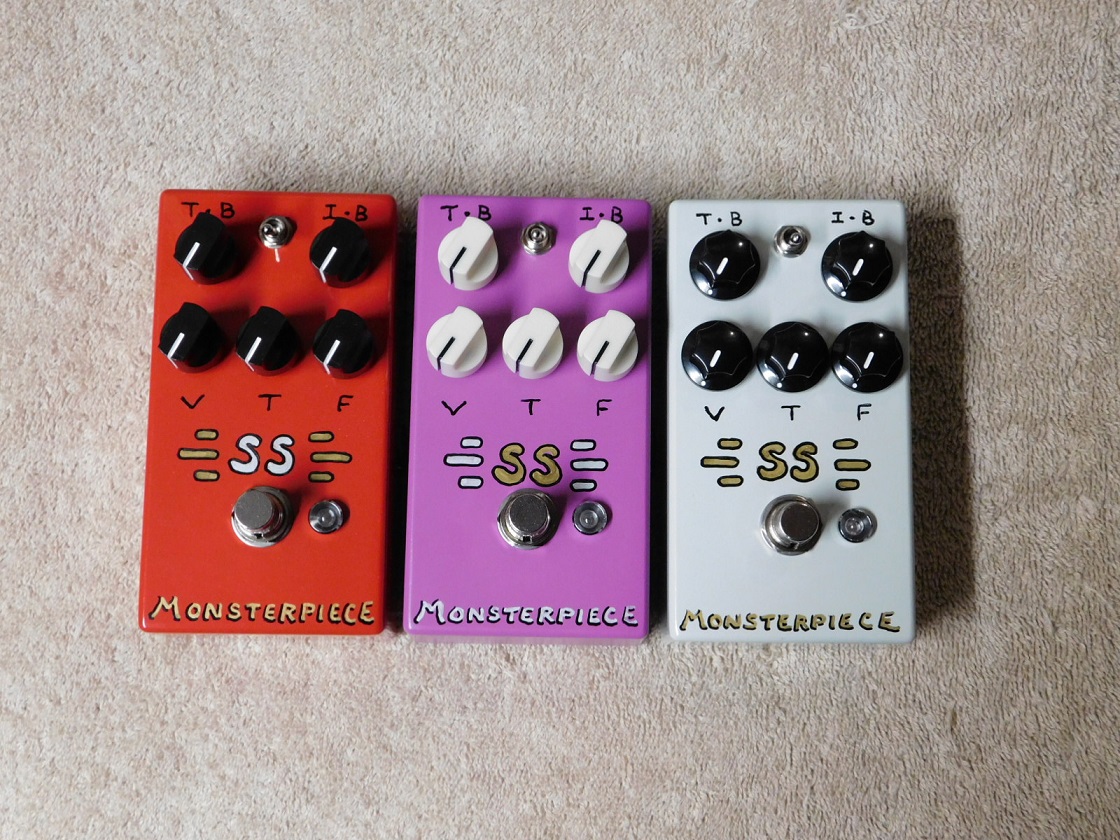