The classic tonebender mki circuit is one that I long avoided tackling, but I have no idea why. This circuit rocks. It is primordial fuzz at it’s most glorious. Sure, the maestro fuzz started it all, but the mki is the one that was chosen by guitar rock royalty over in England. Beck, Page, Ronson, Townshend… the list goes on and on.

Well, here it is. The Monsterpiece MK I Fuzz. My take on this classic, hard to tame circuit. This pedal is right up there with the best of the best you are going to find based on this circuit. Nails the classic ’65 – ’66 era British fuzz tone that you know so well. This is not a subtle pedal. The fuzz is always full on in this circuit, and the attack/fuzz control is essentially a transistor bias control allowing for a slightly gatey & sharp attack at minimum settings that transition to a more compressed and sustaining fuzz tone as you increase. I have also added another control that I like to refer to as the pedal’s “Third Eye”. This control sitting between the volume and attack knobs is an additional transistor bias that works in conjunction with the attack knob allowing for maximum control over your fuzz tone. Endless variations of sweet, singing Germanium goodness lurk within!

The Monsterpiece MK I Fuzz can be powered by 9 volt battery or by 9v dc center negative barrel plug adapter that is not daisy chain powering any other pedal.

*** As of 10/14/2018 The battery on/off mini-toggle switch is no longer standard, but can still be requested as an option on new builds. Unplugging from the input jack disconnects the battery *** 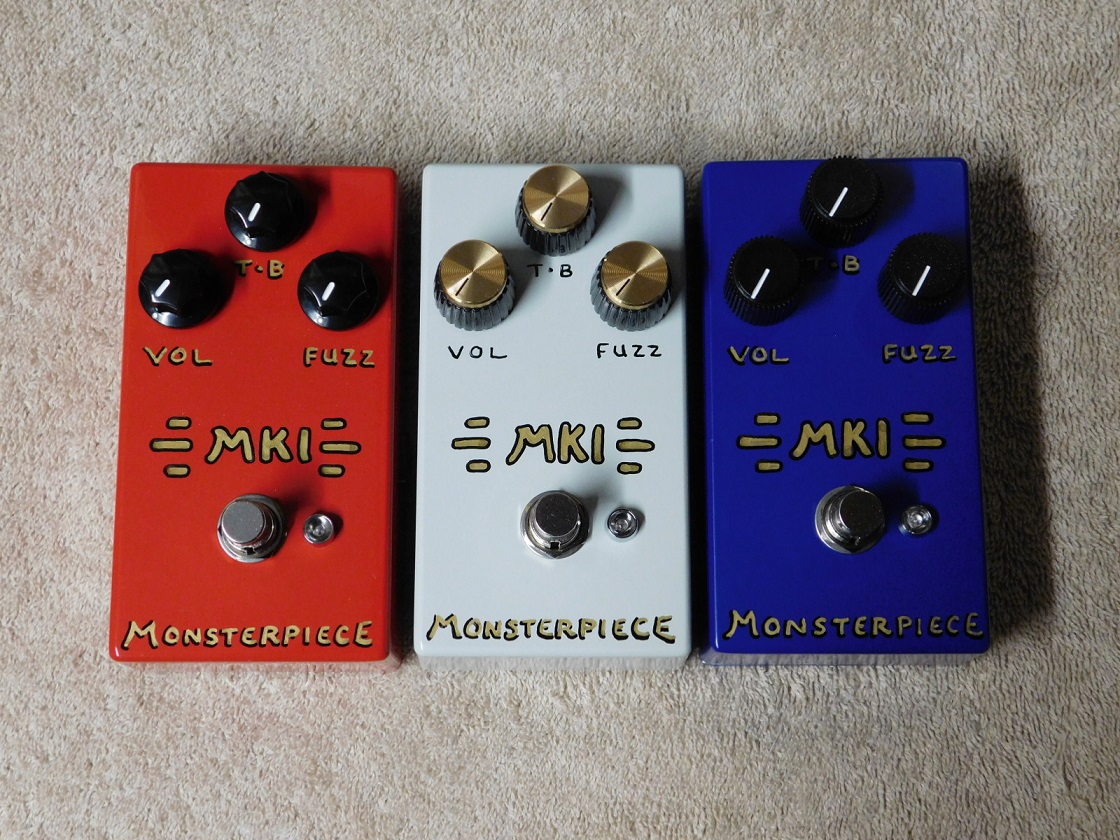 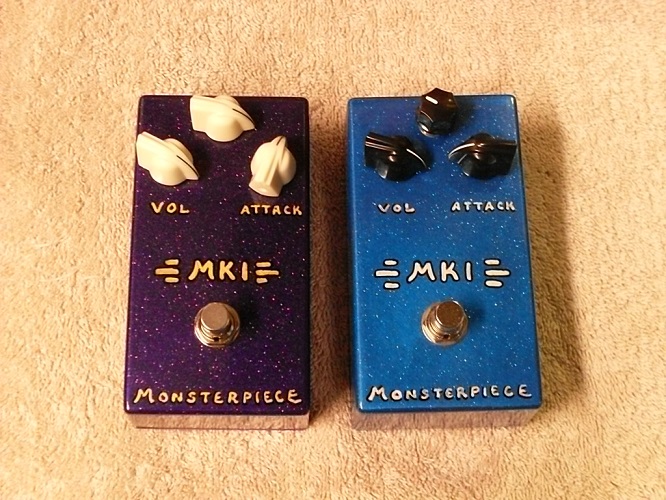